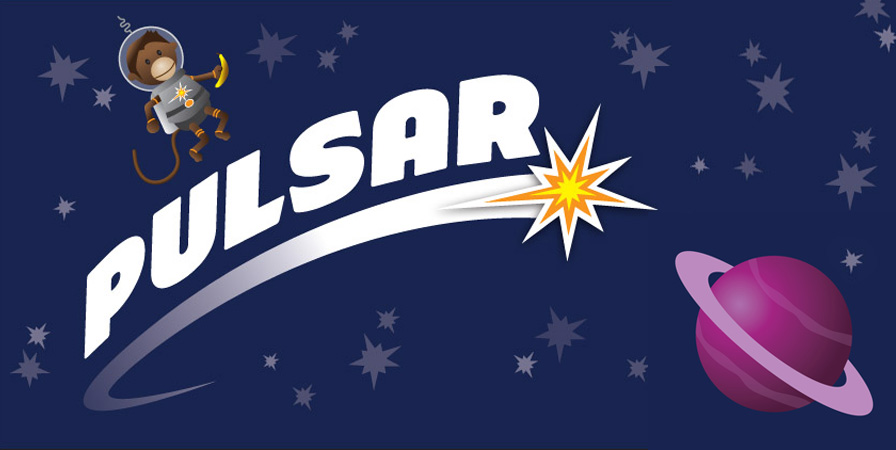 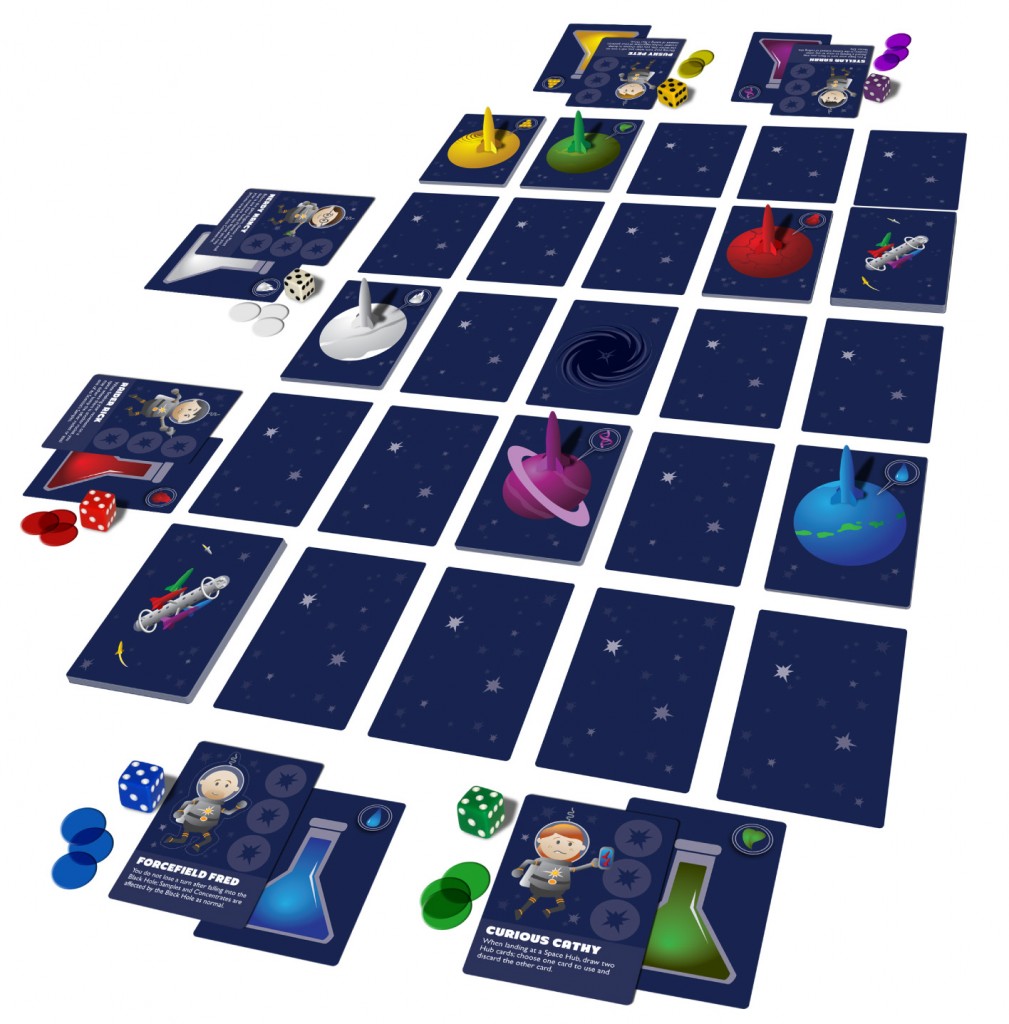 You are an astrophysicist. There is an Alien Life Form roaming about the galaxy and it can only be captured by creating a special serum composed of samples from each of the six planetary bodies. Your mission is to soar around the galaxy and collect samples from each of the six planets and bring them back home in order to convert them into concentrate to create the serum, which will ultimately draw ALF to you. Your respect and possible future missions rely on this, so you must succeed before the other scientists do! But beware, as there is a black hole that will mysteriously spiral your work into the vortex, and Space Hubs that will intercept your journey…for better or for worse!

In Pulsar, outer space is the limit. Playability is endless as 24 Galaxy cards (including Stars, Planets, and Space Hubs) are randomly laid out in 5 x 5 grid to create the board around the central Black Hole. Sample/Concentrate cards are stacked on their respective Planets, and Hub cards are divided and placed on the Space Hubs, triggered when a scientist must stop at one. Rockets soar around space in movement patterns designated by a Vector Die roll, building warp speed, and by manipulation if in another rocket’s path. The goal is to land on the Planets, initiating the serum-development process. Each scientist also has his/her own special forte, determined by the random dealing of Character cards at the start of each game.

Space can be an awfully big place! A team-play variant allows scientists to work together, combining their character powers and using the bump-and-go rocket system to propel each other around the galaxy.

Here’s a downloadable PDF of the rules.