Brew Crafters is a unique blend of Euro gaming sensibilities and American brewing pride for 2 to 5 players.

It’s a time of regrowth in the old urban center, and the hippest and best beer crafters have gathered both hops and hopes in building the best brewery in the city. It won’t be an easy task, as players compete for precious resources such as malt, hops and yeast in the local markets, all while managing and optimizing their growing bottling empires.

In Brew Crafters, players assume management of a local craft brewery, working hard to manage resources, use their workers wisely, and develop their brewing line to create the best local brews. Brew Crafters honors the tradition of classic Euro games such as Agricola and Puerto Rico, but at its heart beats a unique brewery processing system that must be constantly improved, monitored and manned in order to keep the beloved beverages rolling off the line. Each brewery has access to a variety of equipment upgrades, local farms, markets, and a plethora of specialty workers, ensuring a high level of replayability and strategic avenues. In addition, each player is studiously working to be first to develop several rotating gold label specialty brew recipes that will earn them extra points and prestige at the end of year three when the best local brewer will be honored.

“I loved this game almost immediately, and I would pick it in a heartbeat over Agricola.” – Keith Ferguson, Ad Astra.

“Overall, I think that Ben has a really solid game here.  With that end-game tightened up, I am convinced that “Brewmasters” stands to outshine Agricola in the worker-placement genre. “ – Paul Owen, Man OverBoard 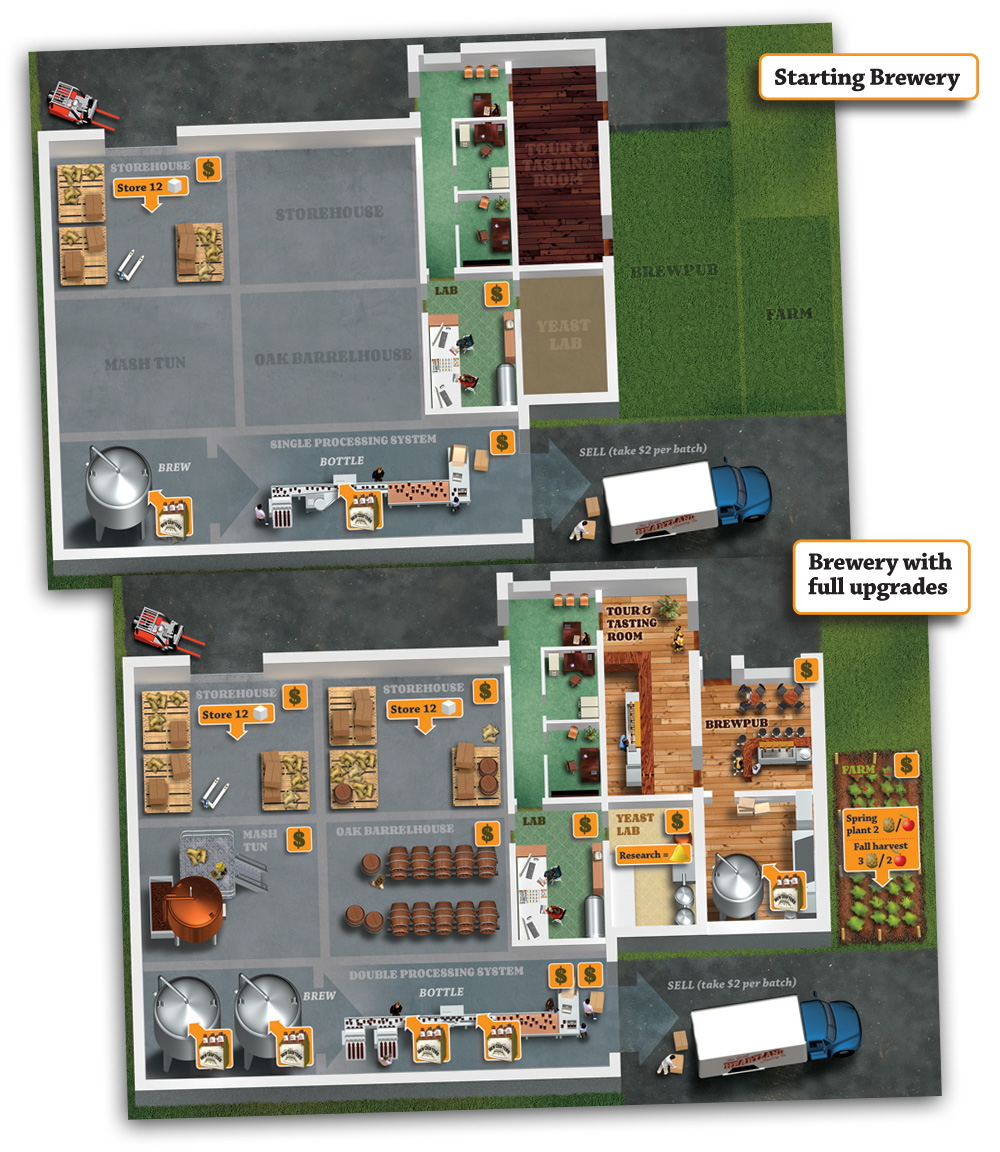