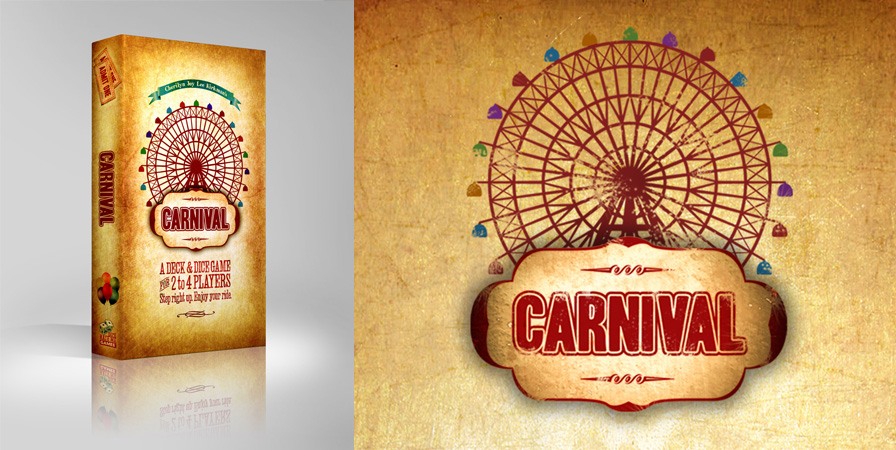 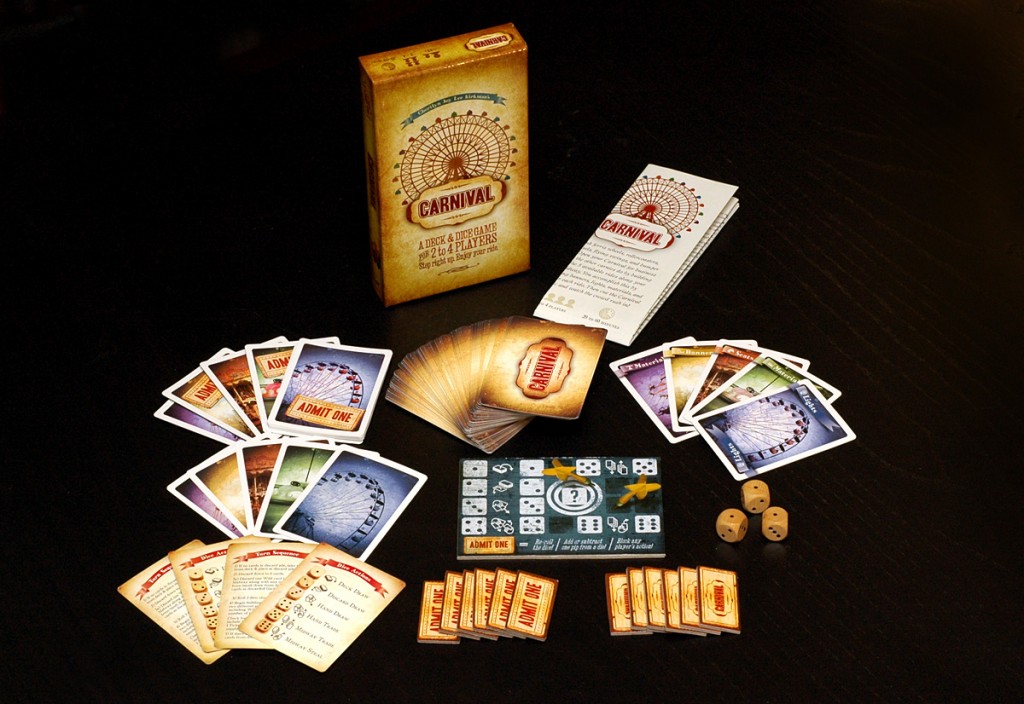 Think Ferris wheels, roller-coasters, carousels, flying swings, and bumper cars! Open your Carnival for business before the other carnies do by building four of the five available rides along your Midway. Then cue the Carnival music and watch the crowd rush in!

Carnival is Dice Hate Me Games’ first publication. It is a product reflecting the designers’ dedication, philosophies, and most importantly, their passion for games.

Step right up. Enjoy your ride.

Carnival is a card game of set collection for 2-4 players, ages 12+, that utilizes dice to determine actions.

Players take on the roles of carnival bosses, trying to build rides along their Midway and open for business before all the other carnies can! Each turn, a player has the choice to roll three dice and chooses two of them to perform various actions that will allow them to gain cards from the deck, discard pile, their opponents’ hands or even steal valuable ride parts from other Midways. The coveted Wild cards are versatile: players can use them to fill in for missing parts on their rides or can discard them to refresh the cards in their hand. Each player also has three Tickets which may be discarded to affect the dice rolls or block other players’ actions.

The Carnival version 2.0 rules are available in two downloadable formats.

*The production of Carnival was made possible by the wonderful emotional and financial support of the backers of our Kickstarter campaign. We are forever grateful!